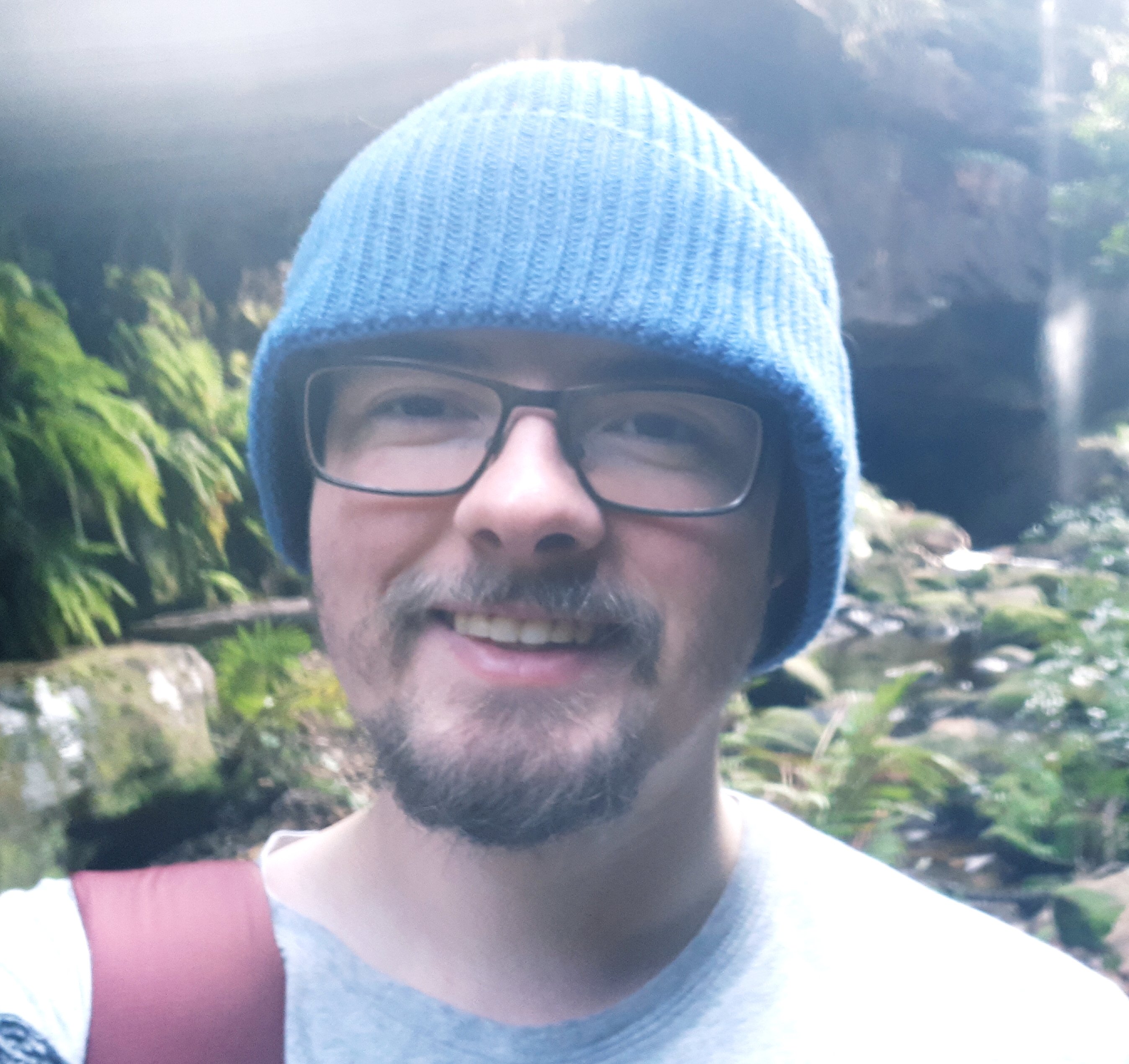 Hiya I'm glipR / Jackson Goerner!
I currently tutor at Monash University, and am working on a few projects.
I'm also currently working at AfterPay as a Data Engineer
I speak English, Python, GDScript, and on occasion C++ and JavaScript.

My main interests are in mathematics, computer science, and education, and I naturally tend to find intersection between the three.
These interests fuel many of the ideas for my ongoing projects, checkout the Projects page to see that.

All of my public projects.

Formal / University stuff. Either is fine.

Discord is the easiest way to contact me, my id is jackson#5358.

If you feel some compulsion to give me money, then you can do so here.

I've been a university tutor since 2020.

To disambiguate what is a very weird choice of name, university tutors run tutes/workshops, which are run in conjunction with lectures.

Depending on the faculty and year level, this can be as informal as being available to answer questions, and asking probing questions, to as formal as a high-school teacher might run a class; Working through problems, explaining concepts, etc.

FIT1045 is the first introduction to the Computer Science degree.
It mainly focuses on the basics of programming, introducing this through Python.

FIT1008 is the next unit in the Computer Science course.
It starts by tackling what computers do at a much lower level, requiring students to write MIPS code.
Then the more theoretical parts of computer science are introduced fully, such as Runtime Complexity.

FIT2004 is the next unit in the Computer Science course.
Taking everything from first year as a starting point.
We further some of the concepts in algorithmic analysis and cover many new algorithms/concepts.

MTH3170 is one of the capstone units at Monash, and builds many theorems about graphs from the ground up.
This starts with the basics of Graph Theory, then continues to discuss algorithms and theorems on Matchings and Flows,
then finishes by discussing planarity, colouring, Ramsey theory and the probabilistic method.

MAT1830 covers a lot of general ground which is useful in Combinatorics.

A very similar unit to MTH3170, but taught at University of Melbourne instead of Monash University.

MAST20026 gets student's accustomed to formal proof-writing concepts, and does this through the basics of Real Analysis.
Spending most of its time in definitions of continuity and derivative, and only touching on a few theorems (IVT and the like), this unit is very beginner-friendly.

When I'm not tutoring I often find myself working on educational projects anyways.

Some of these are "Projects" in the sense that they are extra-curricular activities/clubs I do in my free time. Others are actual projects.

I've run this since 2020. ICPC style problems for teams of 3, spaced over 5 hours.
This is also an ANZAC round and also serves as a bit of hype up for the ICPC Regionals.

Previously AIArena, this is our most ambitious of contests, in which we create a game and teams are tasked with writing a bot to play the game. This ran with great success in 2021, and we are planning an even bigger competition for 2022.

We've ran 3 of these since their inception in early 2020.
These contests are centered around use of the FHIR data spec for digital health applications.

I'm one of the mentors at my old highschool robotics club. Over the years this has meant I've been working on:

This is a bit of robotics simulation software I wrote to tackle our problem of Robotics online-learning in 2020.
Hasn't been updated in a while, but was written in such a way to support custom environments, many of which live on in Brains4Bots

This is a somewhat retired project I used to extend the functionality of EV3Sim to teach students Python through solving, not through textbooks.
There are some documents made, but for now I've stopped working on it (To take most of the concepts and mantra into my new secret project)

Some docs on learning Python, a bit of rushed work.

I've got some very cool stuff in the works, but you can't see it right now!

Games have been the most influential media in my life, and have taught me more than I expected about education.

As such I thought it would be useful to list all of my influences and favourites, in order of release date ascending. 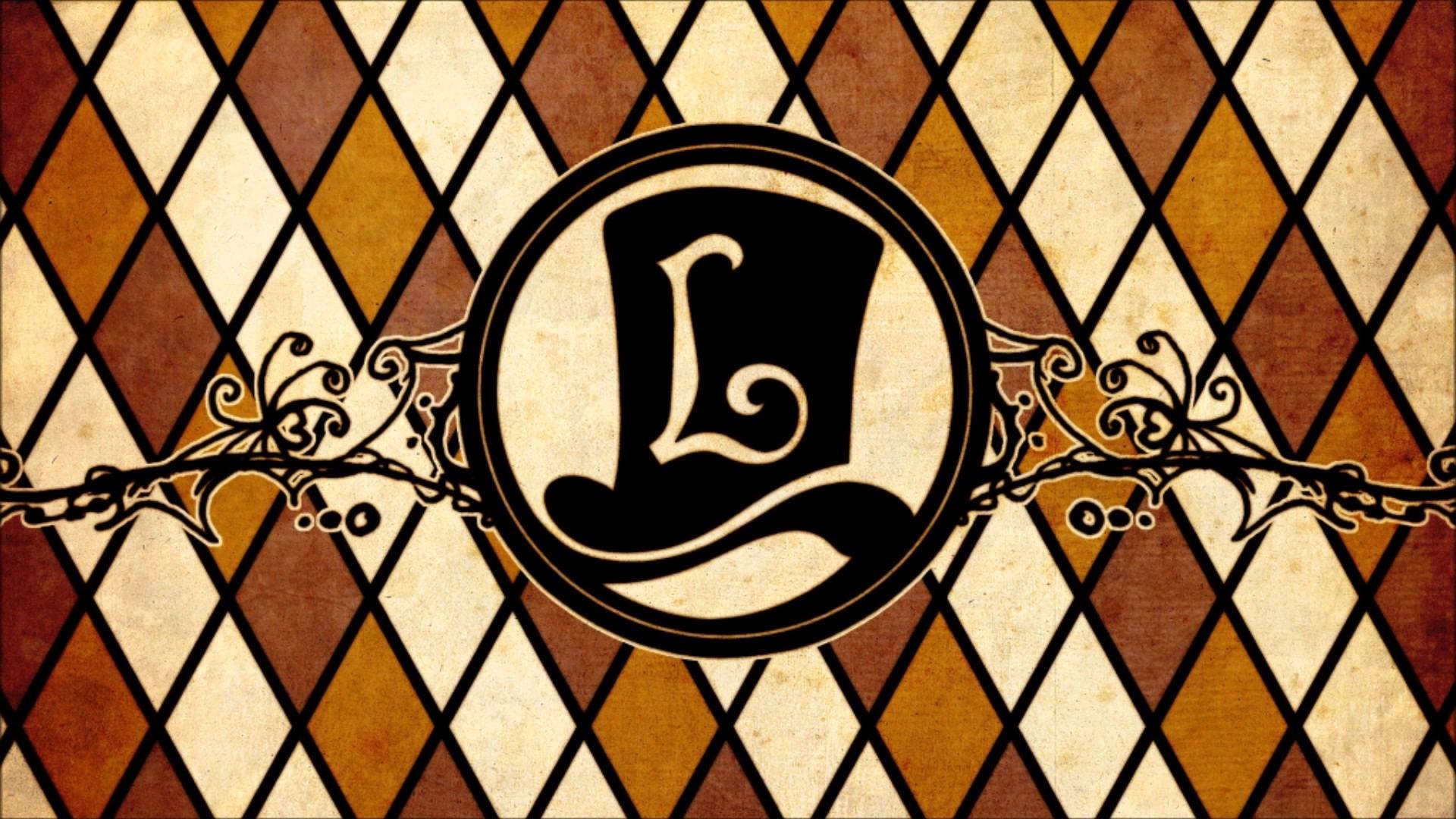 Probably a bit more on the nose than all other entries, Professor Layton got me interested in puzzles, teaching and logic.
To this day I'm using it as inspiration for designing course content. 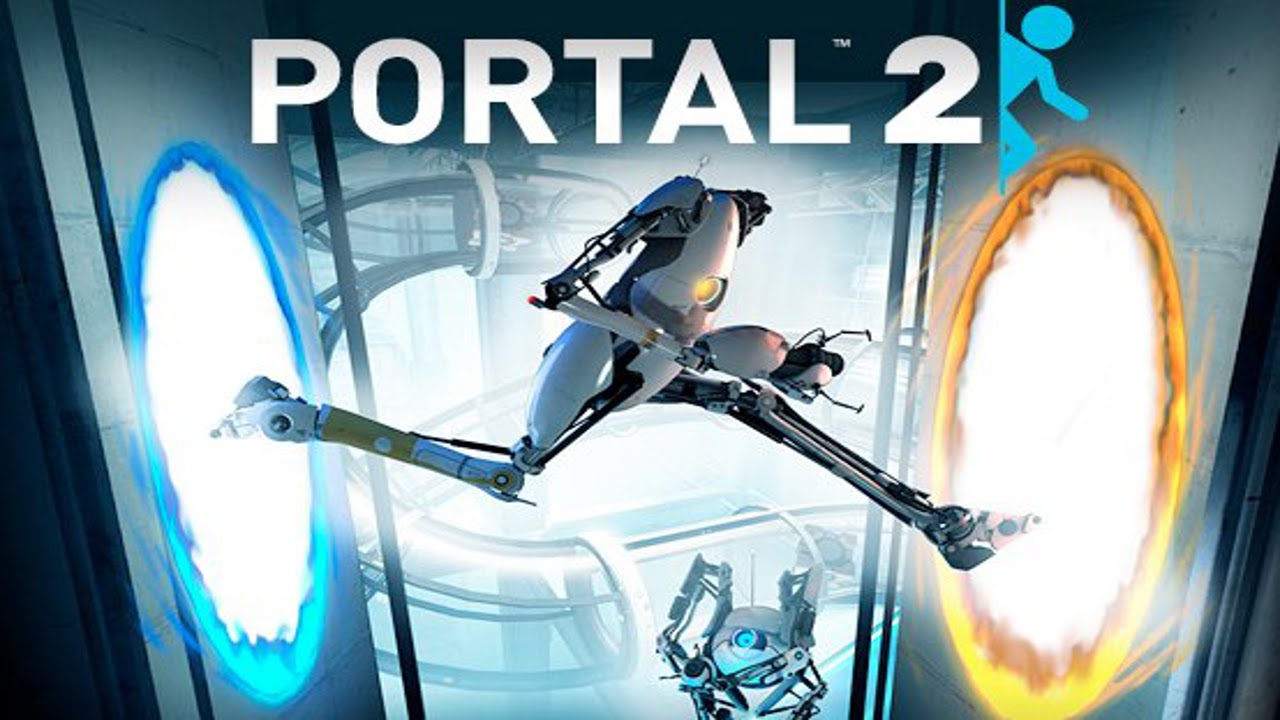 Portal 2 is one of those special games that feels like it was made for me.
The comedy, concept, voice-acting, difficulty and atmosphere are all perfectly executed.
While Portal is a lonely, quiet game (which it executes very well), Portal 2 is a hilarious and thoughtful second entry into the franchise.

Portal 2 shaped most all of my humour, got me interested in programming, and taught me a lot about what makes a good puzzle / class. 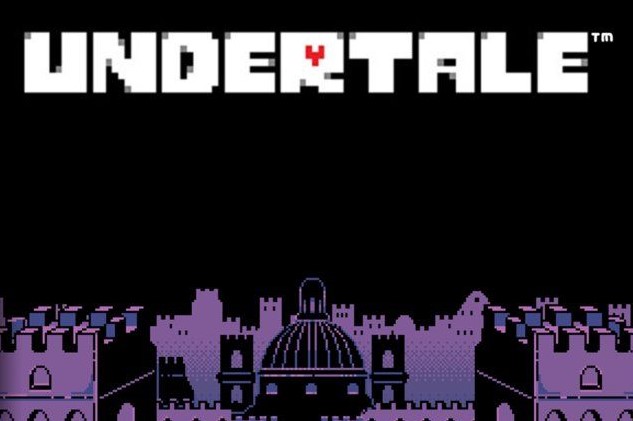 Undertale tells stories in a way I haven't experienced before or since playing it in 2020.
Luckily enough I was able to play it knowing barely anything about it before then, except for funny blue eye man.
This entire experience is a deeply personal one, shared only with the lead developer, discussing your choices in a level of detail that speaks to the passion this game has received from Toby Fox.

I don't want to say anything else about undertale in case you haven't played it. You should.

Celeste came along at a rough time in my life, and tackled many of the same problems I was facing - problems of identity, anxiety, and purpose.
It's also one of the few games I can think of that truly links the game concept and mechanics to the story itself. By the time chapter 7 turned around, I had fully identified with Madeline, and her triumphs were my triumphs.

No other game has made me smile and cry like Celeste has (often simultaneously), and I think this is because no other game tells a story quite like Celeste does.
It'd be remiss of me not to mention how good of a videogame Celeste is. It is the single-player game I've played the most (by a long shot), due in no small part to how rewarding/deep the gameplay is, and sense of flow you get, not to mention the vibrant modding community. PLAY CELESTE. 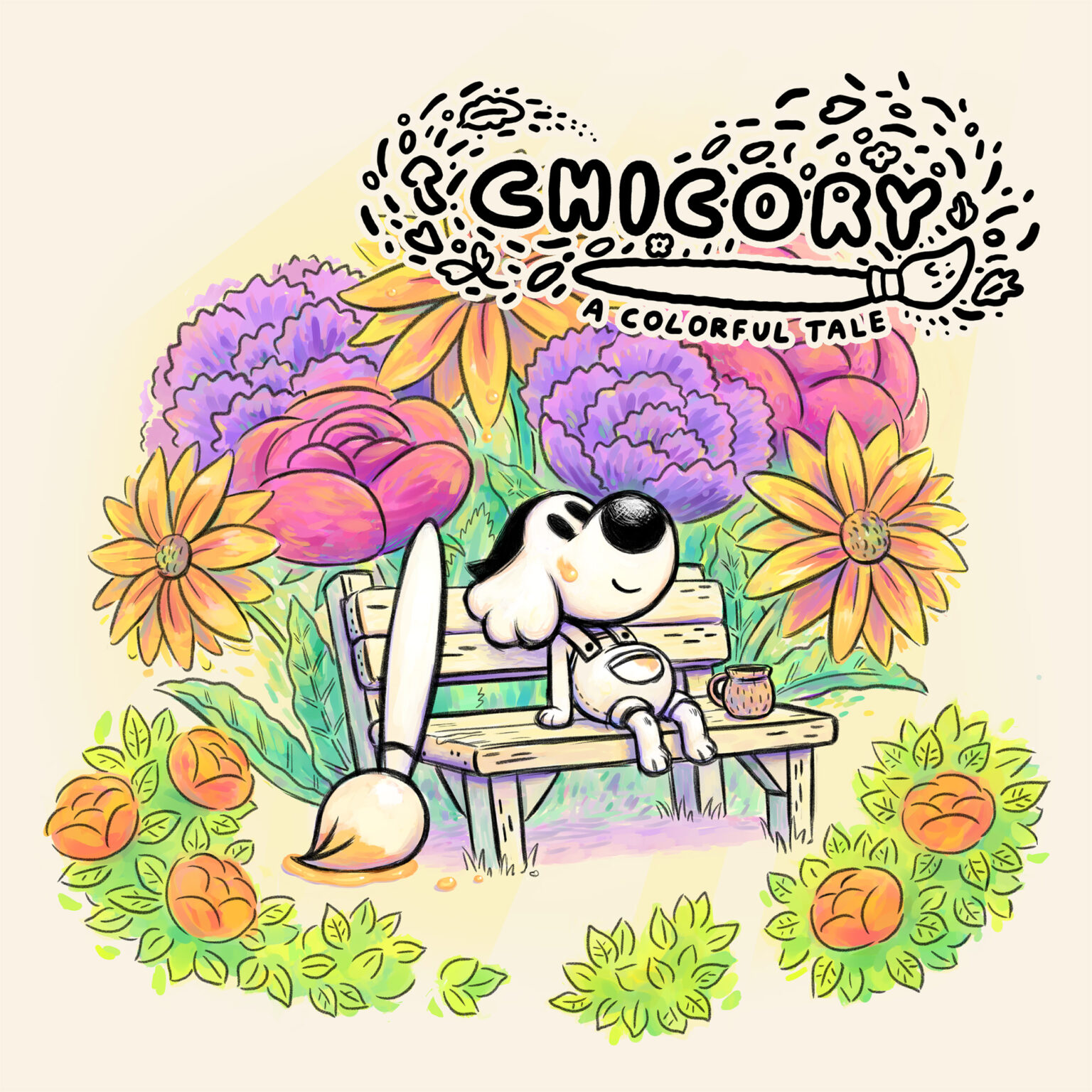 Chicory is just a great game to relax and play, with a wonderful story to boot.
This story tackles ideas of true strength, hierarchy and expectations, something I wasn't quite as cognisant of before playing this game.
This game also touches on the potential of every person to realise amazing things, something that I think is missing from a lot of today's media with superheroes and the supernatural.
Chicory is my #1 recommendation for anyone who hasn't really played many games but wants to give it a shot.

I should also mention this games soundtrack. It's personally my favourite out of any videogame, by a good margin. This is in part because it was a 1-person endeavour, and I think this results in a more personal, touching OST.

Here's a bunch of other games I would consider my favourites.